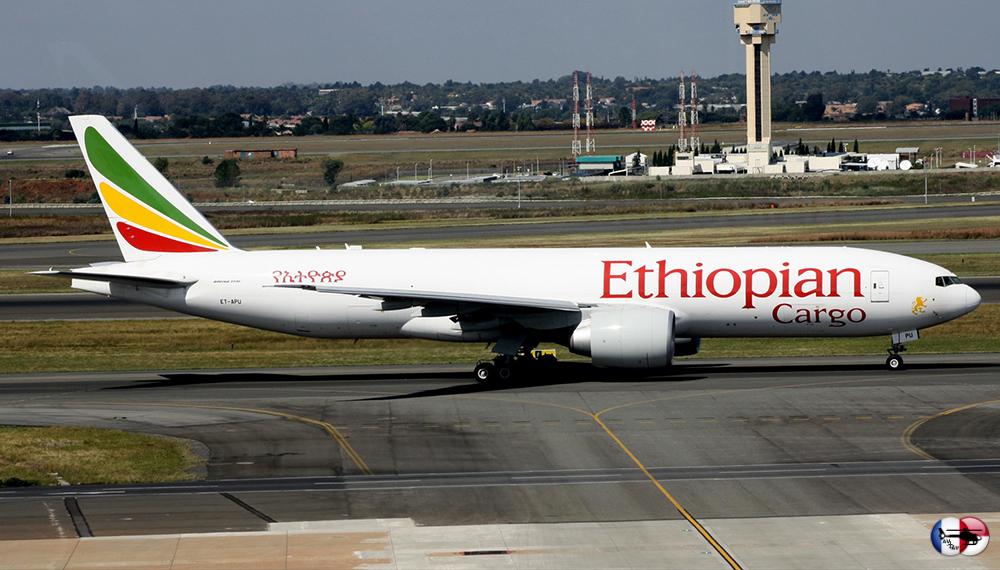 On August 29, Ethiopian Airlines launched the first of two weekly freighter flights between the Ethiopian capital of Addis Ababa and Miami, creating the first-ever cargo-only route between the African continent and Miami International Airport.

The scheduled flights will operate on a route that includes intermediate stops in Spain, Colombia and Belgium on inbound and outbound services. All flights will utilize Boeing 777-200LRF freighter aircraft.

“We proudly welcome Ethiopian Airlines and its new cargo service to Miami-Dade County,” said Miami-Dade County Mayor Carlos A. Gimenez. “We look forward to the additional revenue, jobs and business ties these new flights will bring to our community.”

“We are very pleased to see Zaragoza, Miami, and Bogota joining our fast expanding freighter network in the Americas,” said Tewolde GebreMariam, Group CEO of Ethiopian Airlines. “With the new service, Ethiopian will carry Inditex high-end textile products from Zaragoza to the Americas. In line with our strategic roadmap, Vision 2025, we will keep on expanding our cargo destinations worldwide, thereby facilitating trade and economic growth among different regions of the world.”

“I would like to congratulate the MIA team for achieving this historic milestone,” said Miami-Dade County Commissioner Rebeca Sosa, Chairwoman of the County’s Economic Development and Tourism Committee. “MIA continues to connect Miami-Dade County to more parts of the world than ever before, serving as our community’s largest economic engine.”

MIA’s ongoing expansion of new all-cargo services continues to reap significant rewards. In 2017, Miami International Airport secured its best year ever for freight tonnage, with over 2.2 million tons moving through the airport.

“We applaud Ethiopian Airlines for bringing us MIA’s first cargo destination in Africa,” said Miami-Dade Aviation Director Lester Sola. “Our unrivaled position as the international cargo capital of the U.S. and the gateway of the Americas continues to attract new service from key markets in Europe, the Middle East, and now, one of the busiest air cargo hubs in Africa.”