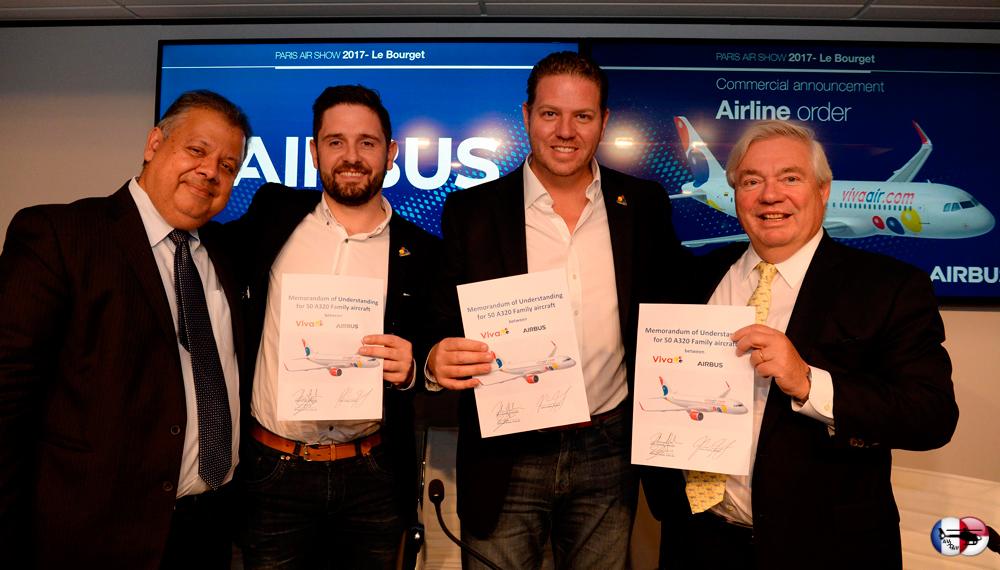 The agreement paves the way for the group’s airlines VivaColombia and Viva Air Peru to base its fleet renewal and network growth on the A320 Family.

“Our customers are at the forefront of everything we do. This new fleet will allow us to continue leading the development of the low cost model throughout Latin America. We will be able to offer even lower fares thanks to further cost savings that these new aircraft will deliver,” said William Shaw, CEO and Founder of VivaColombia, a Viva Air company.

“Airbus is proud that Irelandia is once again entrusting the A320 Family with Viva Air’s growth and modernization strategy,” said John Leahy, Airbus Chief Operating Officer, Customers. “Viva Air will be able to rely on the unmatched productivity and fuel efficiency of the A320neo to renew its growing fleet and expand its network in Latin America.”

Viva Air is a Panamanian headquartered group created by Irelandia Aviation and led by Declan Ryan. Irelandia has successfully developed six low cost carriers around the world, namely Allegiant, Ryanair, Tigerair, VivaAerobus, VivaColombia and most recently Viva Air Peru. Combined, the airlines have a fleet of more than 420 aircraft and have carried over a billion passengers.